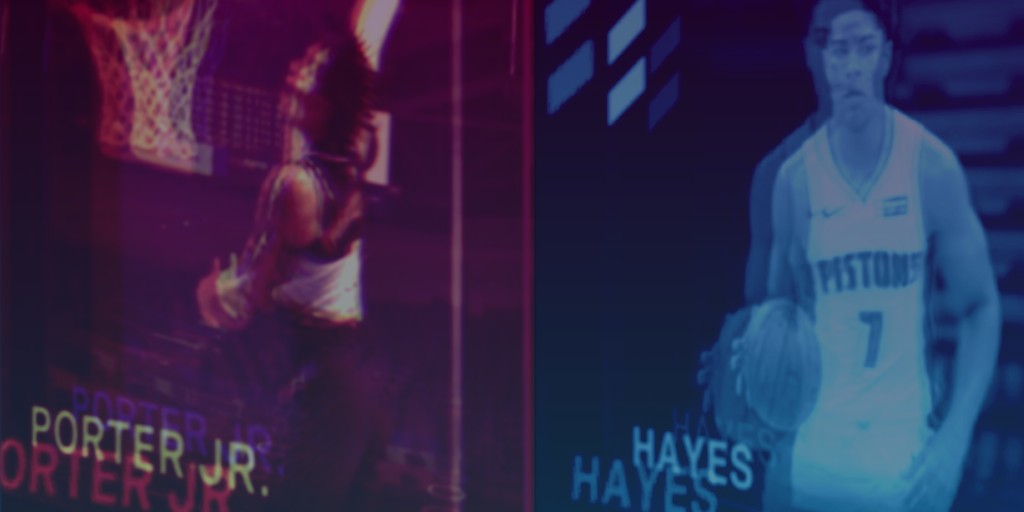 There are no two players I’ve followed closer and been more excited about on NBA Top Shot than Kevin Porter Jr. and Killian Hayes.

I’ve been excited for the same reason — they’re both talented young players with rookie moments on TopShot who have been away from the game for prolonged parts of the season.

But when they came back? Porter Jr.’s moments soared and Hayes, more recently, sank.

The reasons for their vastly different trajectories may be obvious to some, but they’re also instructive in detailing just how many variables can affect a price on the NBA Top Shot Marketplace.

Let’s start with Porter Jr. who, despite the down market, was the only rookie moment to gain value in the month of March.

Porter Jr. was not injured. He fell out of favor in Cleveland with off-court issues and was traded to Houston amid little fanfare for next to nothing earlier this year. A lot of people wrote him off. Notably not former teammate Kevin Love, who called him the most talented player “by far” on the Cavs roster.

He’s dynamic. His first moment is a breakaway steal into a windmill dunk, followed by a shoulder shimmy for good measure. It’s nasty.

He also had the benefit of playing the G-League for a month while changing his position to point guard to better fit Houston’s plans. He lit it up there, nearly a 30/10/10 line on several nights.

And when he returned to the NBA, he continued to be lights out. He’s averaging 15 points and 6 assists a night in variable action playing on one of the worst teams in the league. He has been ranked among the top series 1 rookies in price since this process began.

In short, Kevin Porter Jr. had a lot going for him, each element of which helped propel his price through his return.

Hayes had the unfortunate problem of returning to a much worse NBA Top Shot market, but his chart looks nothing like Porter’s.

That’s not because Hayes doesn’t have great upside. He’s a tremendous passer, has innovative handles and can score from anywhere. He was drafted 7th overall, 23 positions ahead of where Porter Jr. was drafted the year prior.

He’s not as strong as Porter Jr. though, and will never be the same kind of dynamic dunker still so popular in the NBA.

He’s also still a rookie! Before he went down with an injury, Hayes was struggling with the pace of the pro game.

Unlike Porter Jr., Hayes also didn’t spend time in the G-League (the shortened season ended), so there was less fanfare surrounding his return and less time for him to prepare.

Finally, while Hayes looked good, the Pistons got thumped in his return, falling by more than 40 to the New York Knicks. Yikes.

None of this spoils Hayes’ long term value, neither to the Pistons nor NBA Top Shot. But it all impacts his moment value in the near-term. Hayes never really saw a bump in price and didn’t even sustain well against other moments during the market downturn.

If you’re trading long-term, you could argue Killian Hayes, at less than $200, is a bargain. Short term? That’s tougher to say. But because he didn’t have the G-League ramp Porter Jr. did, he’s worth watching as he gets some solid minutes at the pro level.