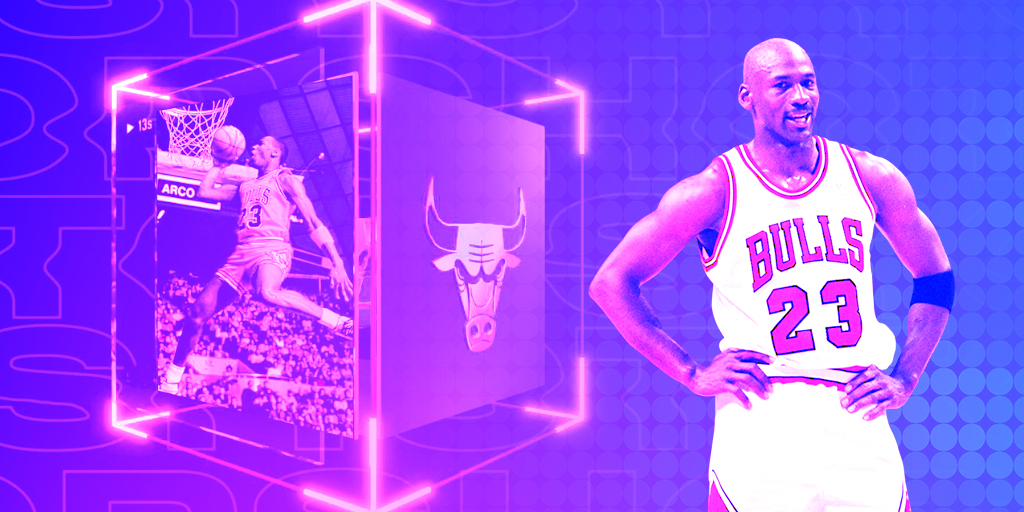 The Top Shot world was shaken to the core Tuesday, as Michael Jordan himself was announced as an investor in Dapper Labs’ latest $305M funding round.

While there had been speculation on if and when the GOAT himself would emerge on the platform, it appears with his investment that all signs point towards the legend hitting the site (and breaking it completely with demand) sometime in the future.

Editor’s Note: There is no guarantee or indication that MJ would ever appear in an NBA Top Shot Moment, and every single word in this article is based 100% on speculation.

Let’s dive into some of the best potential NBA Top Shot moments from Jordan’s illustrious career:

This moment has a few things working for it — Jordan’s last points in the NBA, and a rare moment with the Washington Wizards. In Top Shot, unique moments mean unique value. Just like Vince Carter’s last highlight of his career with the Atlanta Hawks, I see a moment like this being a collector’s item.

One of most pure athletic finishes of all-time — the Jordan hand-switch known simply as “The Move” is a staple in any MJ highlight reel. Just like the vicious Anthony Edwards dunk or a LeBron James no-look three, amazing plays make for highly coveted moments. Add in the feat happening during Game 2 of the 1992 NBA Finals (added value), and during the season of Jordan’s first NBA championship (*faints*), and we have a winning formula for a standout moment.

With a name like “The Shot”, you know this is a moment that people want to own. Bonus points for one of the most memorable celebrations of all-time.

The Bulls were on the brink of elimination, down 1 with three seconds left — but MJ wouldn’t be silenced. The buzzer-beating dagger over Craig Ehlo propelled Chicago to the second round in unforgettable fashion.

A slick moment, yes. But you might be wondering — why so high up in a sea of amazing Jordan highlights?

The best moments on Top Shot are the ones that tell a story, or evoke a strong memory — like the LeBron James ‘Kobe Tribute Dunk’, one of the most coveted on the platform.

MJ’s ‘The Last Shot’ has it all — the series-clinching finals shot to win his 6th ring, the ice-cold crossover, and his last shot in a Bulls uniform. Iconic.

We know the community always clamors for the ‘Shaqtin A Fool’ blooper content. How about MJ getting worked in a game of ‘throwing quarters at the wall’ by a security guard and getting hit with his own shrug? ☠️

(Here is the longer clip, if you are unfamiliar with this story from ‘The Last Dance’ documentary)

What MJ moments are you hoping for? Hit us up at @TheFirstMint on Twitter and let us know what else could’ve made the list (there are plenty)!